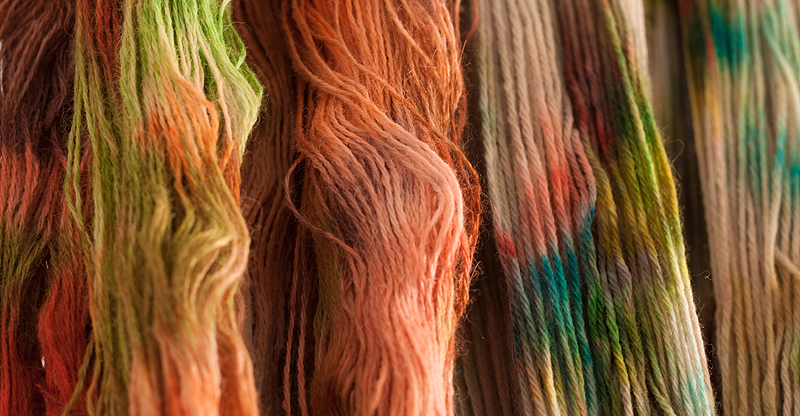 Dying Yarn part II involved venturing into food colouring and vinegar instead of just Kool Aid. It’s messier, but the colours are a little more predictable. My goal was to try and match the glaze colours on two mugs that I was hoping to make coseys for and I’m not sure that I succeeded – though I did learn a lot in the process. 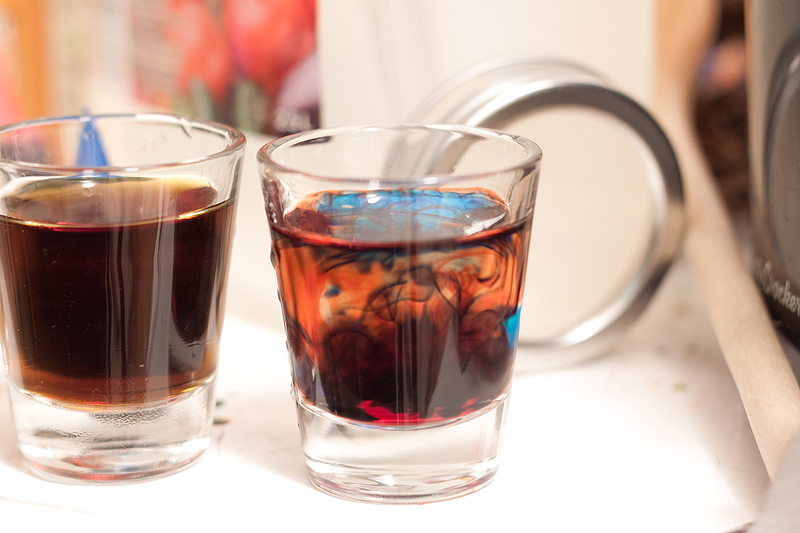 We mixed the food colouring in shot glasses ;o) 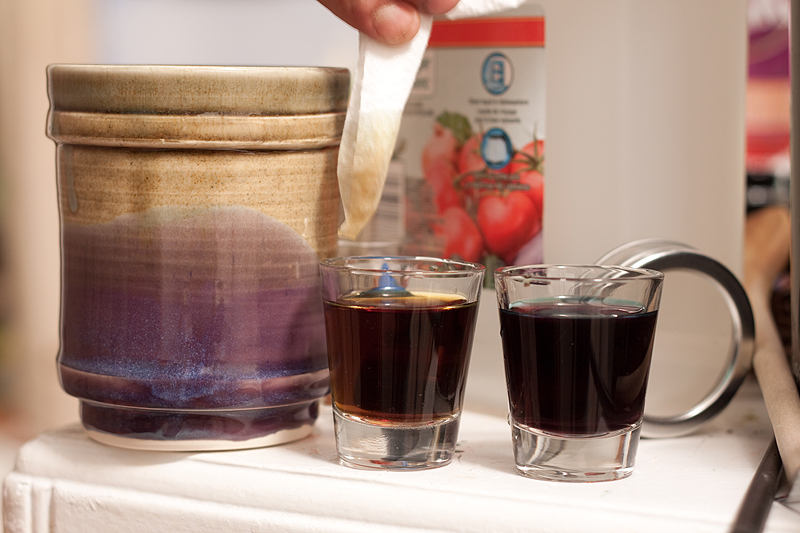 This was the orange/greenish part 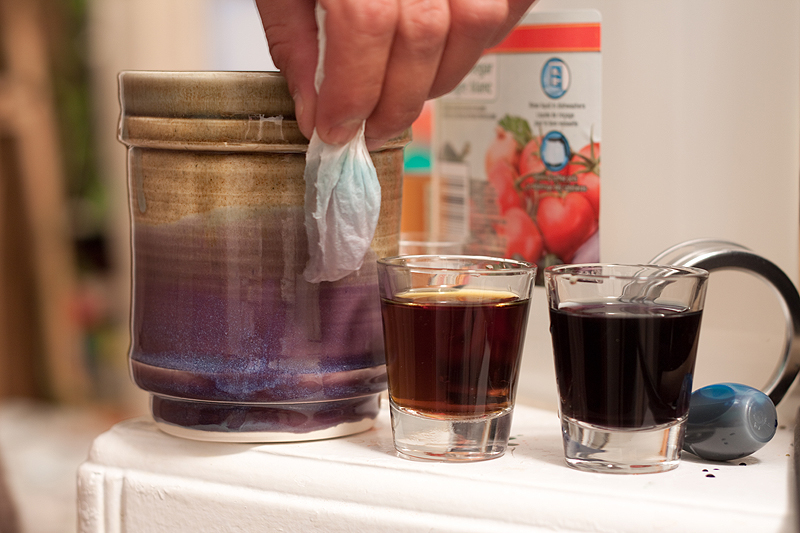 And this was the purple mix. Confident of my success I poured them both into different parts of the pot. Some spots were bare, so I added a little here and there… and then the colours weren’t quite right so I added some more colours and mixes… and the results?

Fugly. Or you could make a pride scarf I suppose. Fugly Pride? Fried? Fried is a good name for this mess. 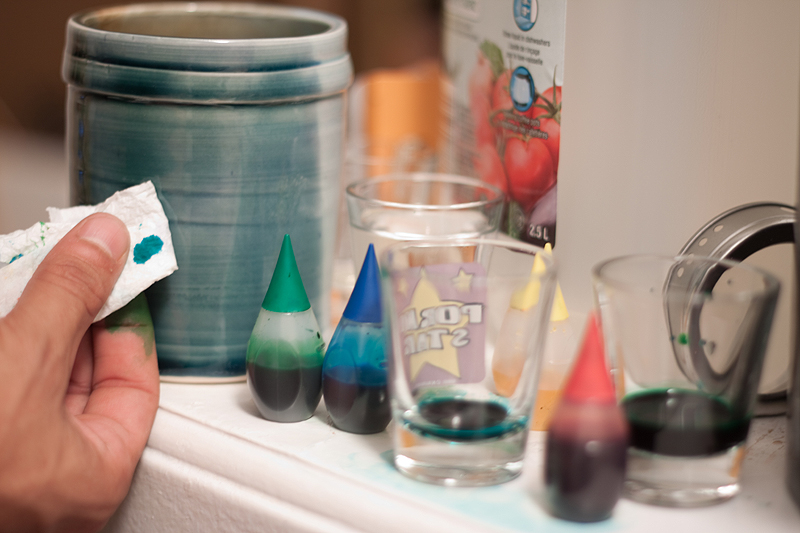 Take II – this time Tito is involved in an effort to get me to use a more measured approach. Or at least, to not stain the countertops. Here he is mixing up the blue and matching it to the pot. 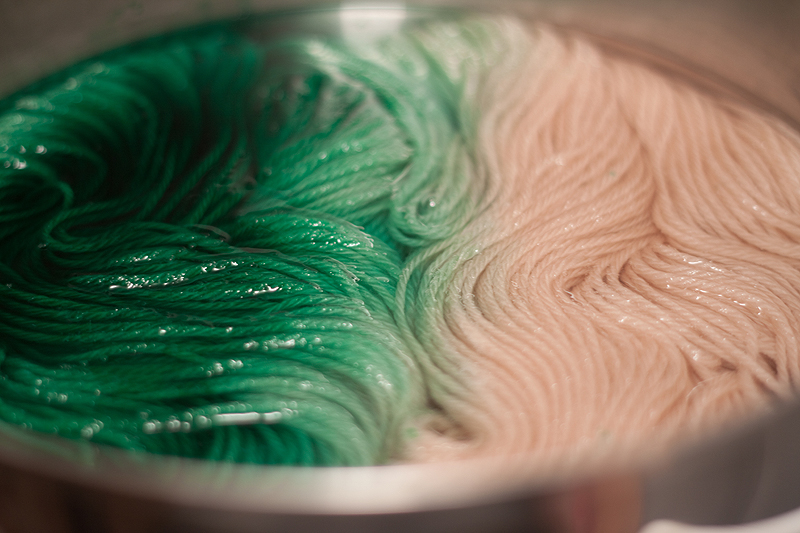 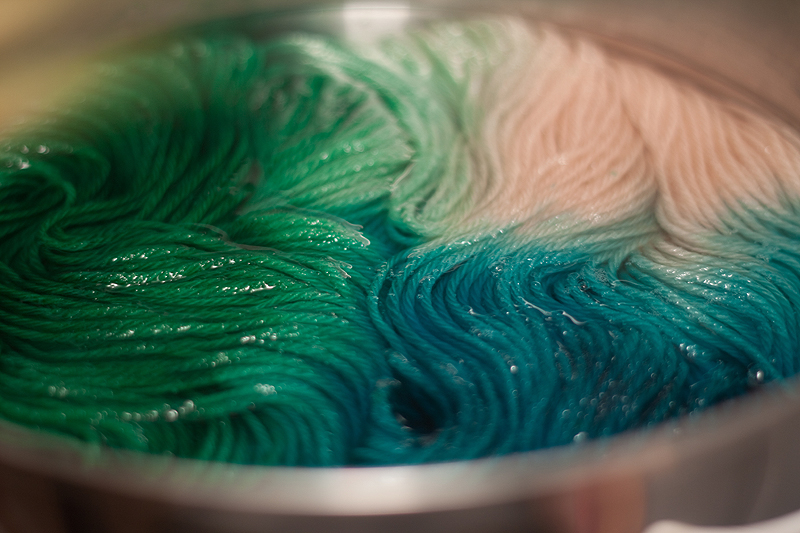 And here’s the blue… 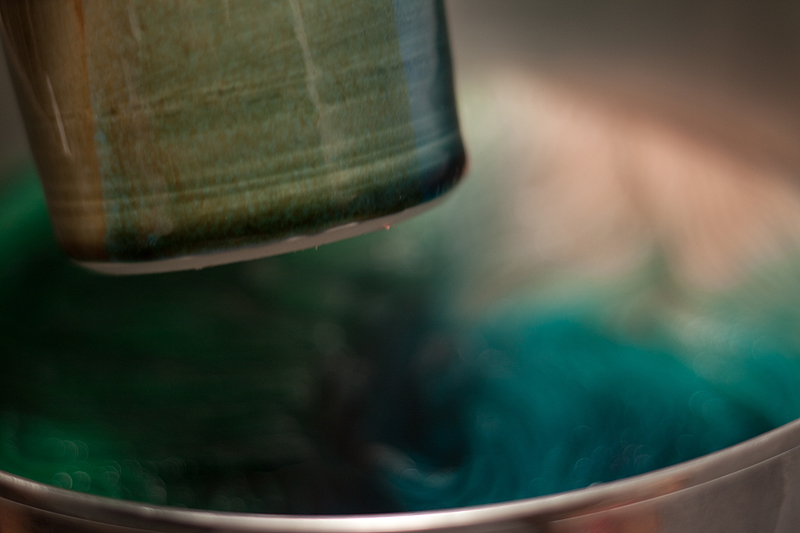 And here’s the mug. It looks promising but I suspect it’s way too saturated. 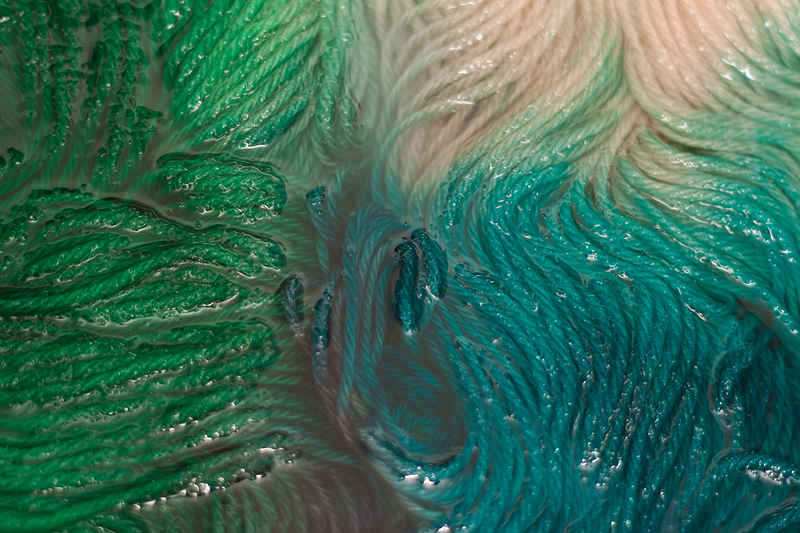 And the final ‘Fried’ mix. 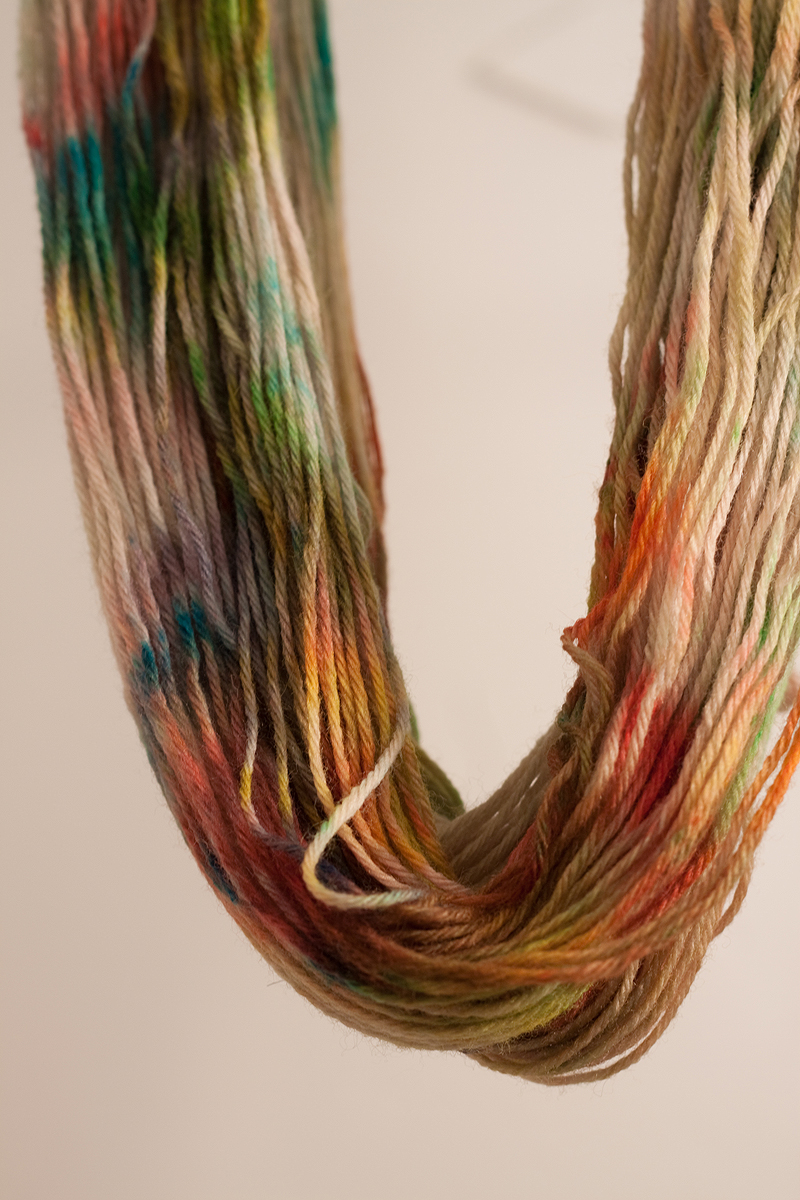 Here it is opened up – the way I applied the dye ended up leaving huge areas of it that got no coverage. By contrast the Kool Aid had evenly penetrated the other pot. 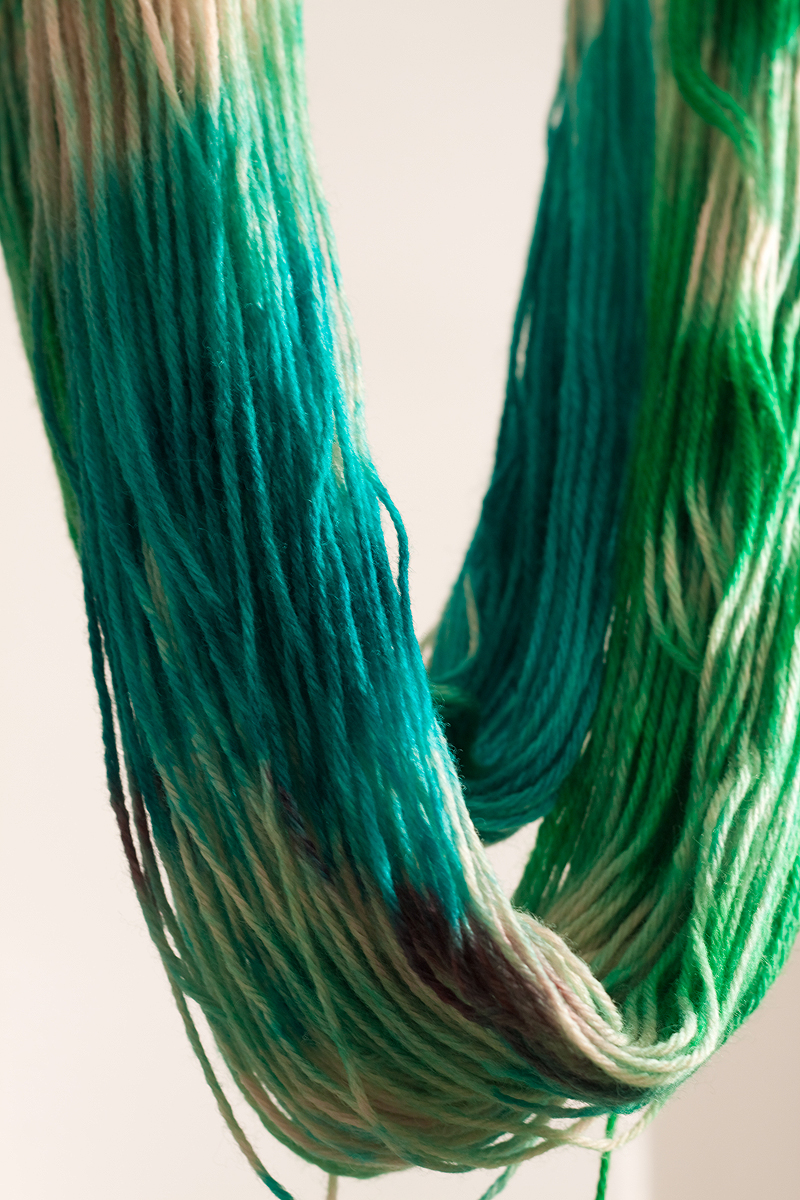 Here’s Tito’s. You can see the colours are nicer, but the coverage is still quite patchy. 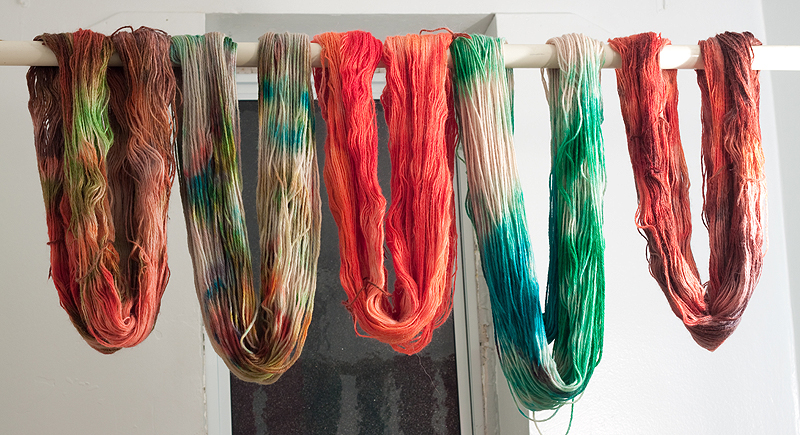 The left, middle, and right skeins were dyed using Kool Aid – the coverage on them is much better. I’m not sure how to fix this, definitely some research needed. 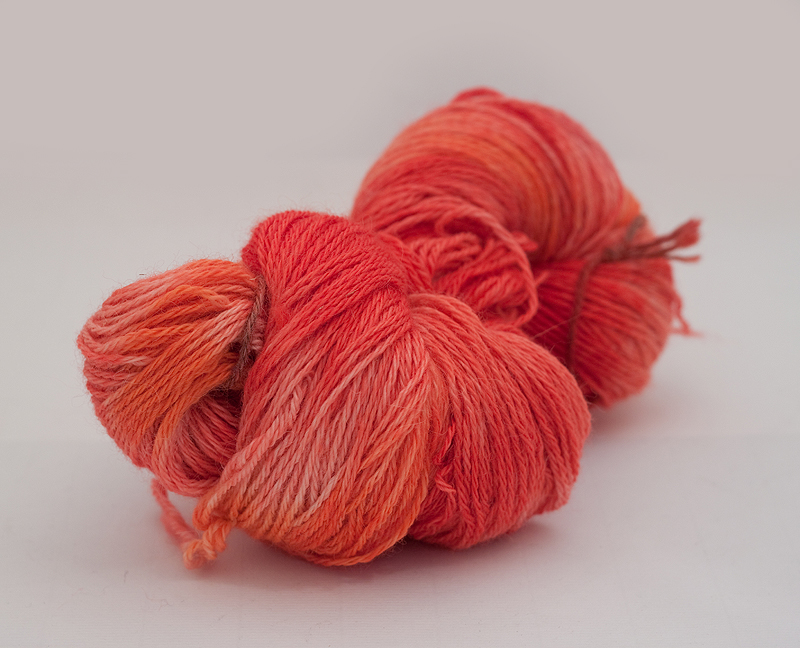 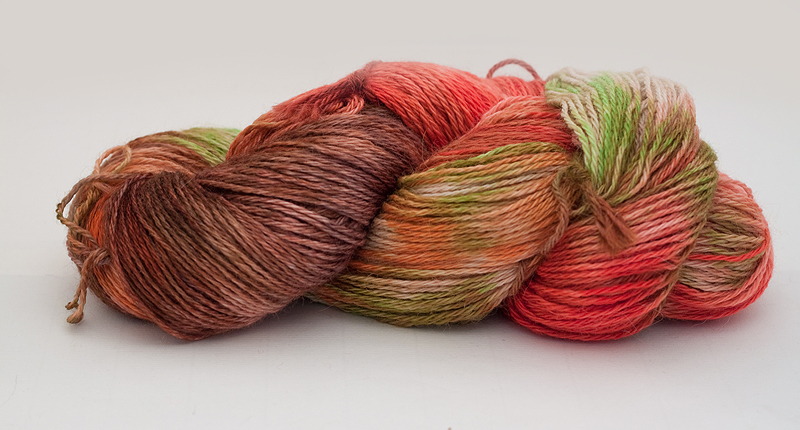 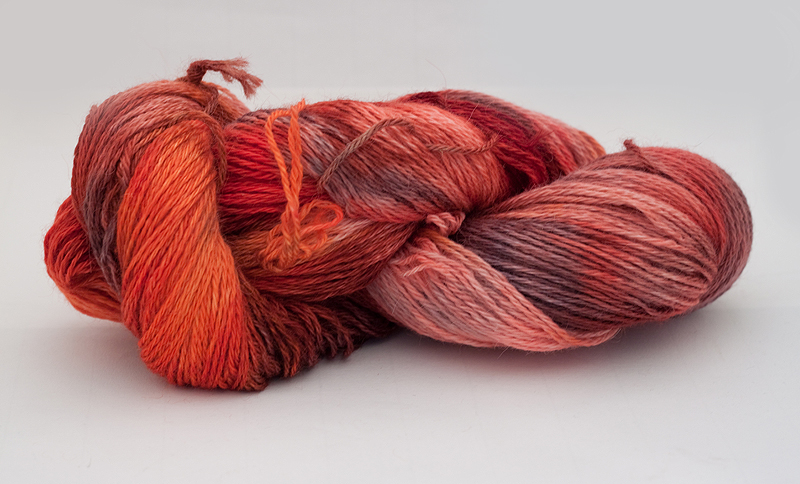 So far in my experiments I’ve got to say I’m happier with Kool Aid! My third attempt will use both, I think Kool Aid for the powerful reds and a touch of blue food colouring for colours I can’t achieve using Kool Aid. I’ll also need to find out why the penetration was so different with one versus the other. Fugly or no, I’m hoping to swatch these up this weekend and see how the colours come out!