Hopewell Rocks on the Bay of Fundy

Hopewell Rocks on the Bay of Fundy

The Hopewell Rocks in New Brunswick are rock formations on the Bay of Fundy.

“The formations consist of dark sedimentary conglomerate and sandstone rock. The large volume of water flowing in to and out of the Bay of Fundy modifies the landscape surrounding it. After the retreat of the glaciers in the region following the last ice age, surface water filtering through cracks in the cliff has eroded and separated the formations from the rest of the cliff face. Meanwhile, advancing and retreating tides and the associated waves have eroded the base of the rocks at a faster rate than the tops, resulting in their unusual shapes.”

For perspective – Yvette is 6′ tall exactly, she kindly posed for this picture to show how big these rocks really are. The tidal range in this area can be as much as 46 feet during the new moon. 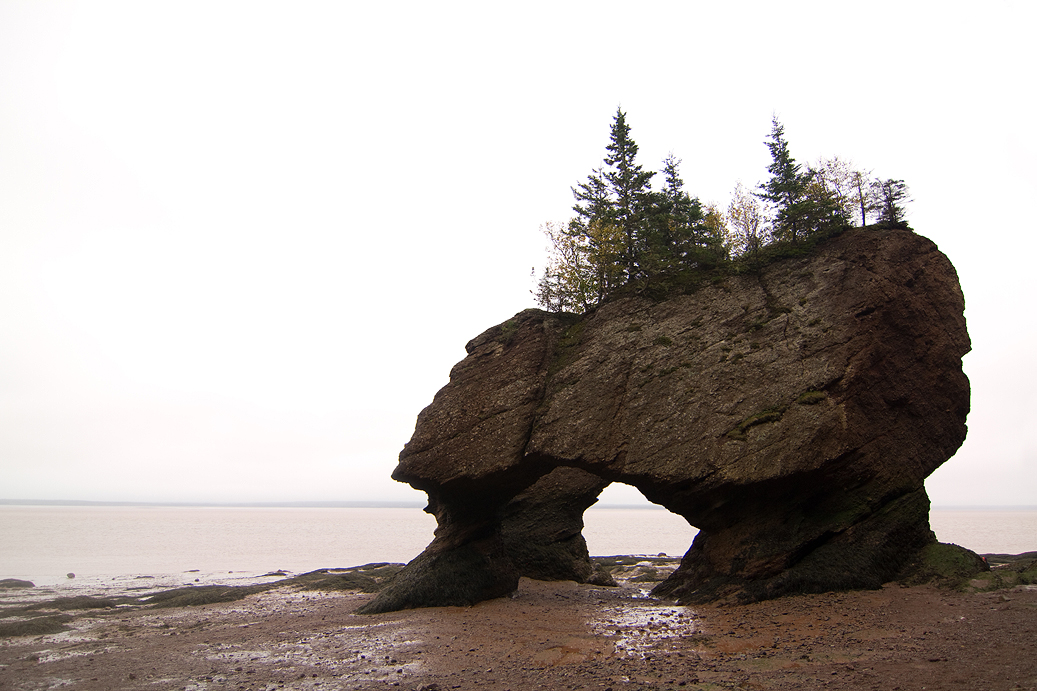 To explain the tidal range I defer to wikipedia once more:

“ Oceanographers attribute it to tidal resonance resulting from a coincidence of timing: the time it takes a large wave to go from the mouth of the bay to the inner shore and back is practically the same as the time from one high tide to the next. During the 12.4 hour tidal period, 115 billion tonnes of water flow in and out of the bay.[6]“

The Bay of Fundy is a finalist in the vote for 7 Natural Wonders of the world. You can read all about it, and vote here. One of the things I hope to accomplish with these photos is to inspire more folks to vote for the bay of Fundy – it truly is a natural wonder.

The rocks do occasionally fall down, as evidenced by this photo, and the caution tape around the cliffs.

It’s very humbling to walk between these giant formations.

I didn’t go back at high tide, but the water level comes up to where the rocks start to belly out. 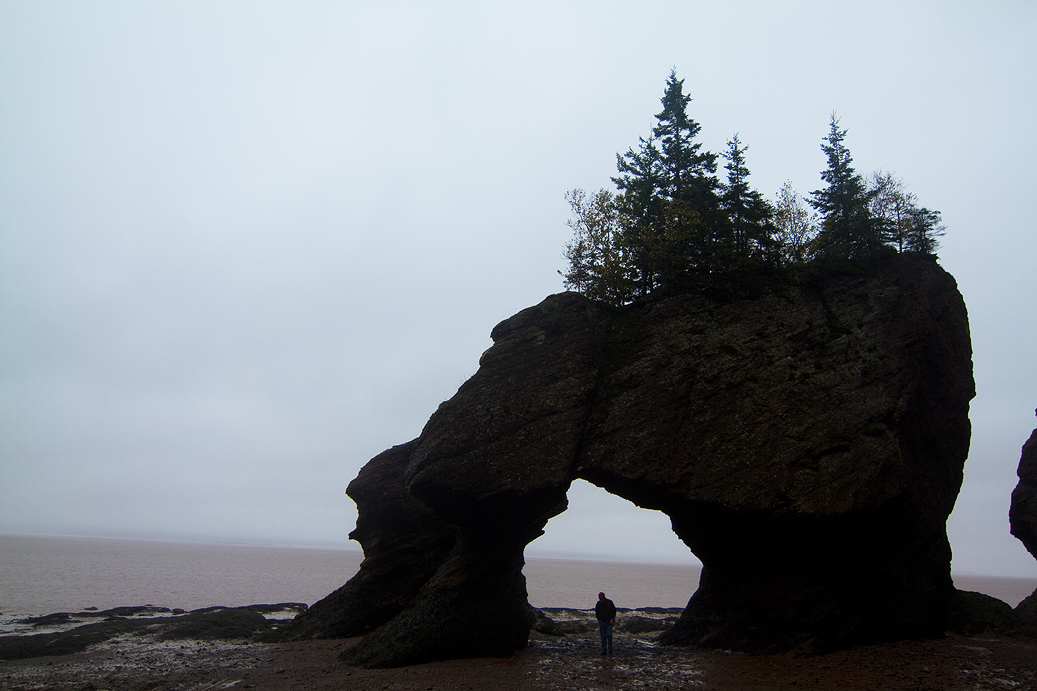 It’s definitely worth a visit!