The Band in the Belfry

The Band in the Belfry

A little while ago I posted about our friends, the Tequila Mockingbird Orchestra. While they were in Toronto we had the opportunity to do another shoot, and for this one we chose a place that’s very special to us; the carillon tower of the Metropolitan United Church here in downtown Toronto.

Tito and I were first up in this church 4 years ago. The church is a large neo-gothic style building at Queen and Church streets. The first construction was in 1872 but a fire in 1928 destroyed almost the entire building. The tower however, dates from the original structure.  There are a total of 54 bells in the carillon, the earliest dating to 1922. The tower, though it predates the bells, was specifically designed to accommodate the weight of the carillon; over 44 thousand pounds.

We became good friends with the Rev. John Joseph and the administrator at the time, Anna. They generously opened their church to us for shooting, allowing us a peek into the beautiful carillon itself. It’s a tough, dirty climb, but worth it at the top. We scratched our names into the wall, in 2008, alongside other names, some of which date back to the early 1900’s. 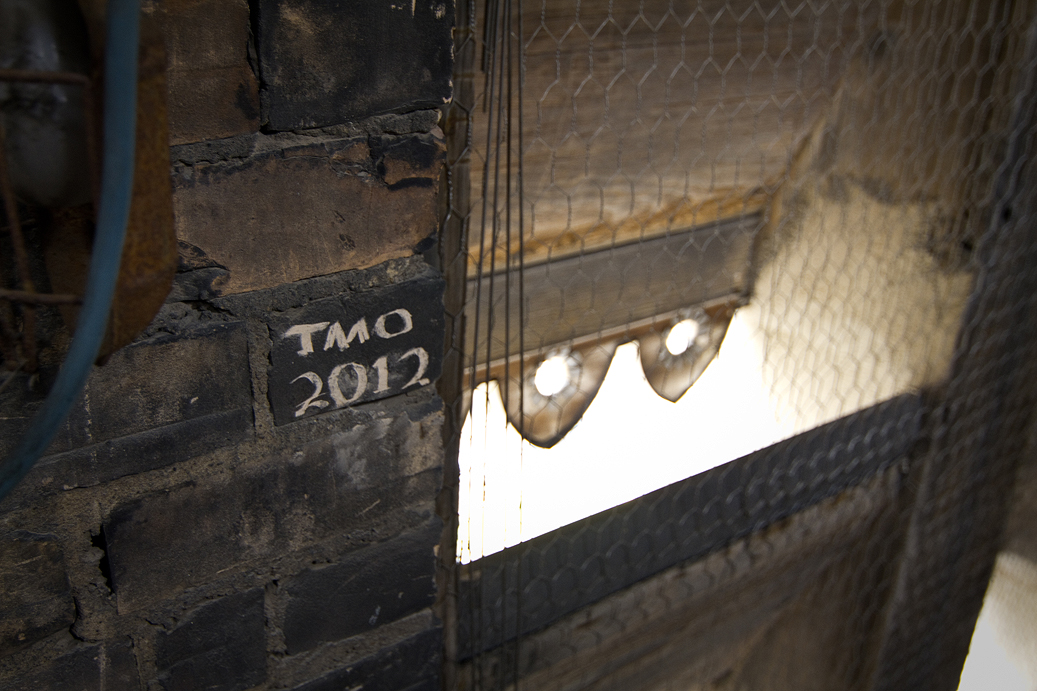 This was a challenging shoot – my favourite kind ;) I shot in natural light only – I didn’t want to compromise that beautiful light coming in from the windows. We’re all balanced more precariously than we look – I’ve got my tripod balanced across 2 rafters and I’m standing on a third.

The guys managed to look quite natural, considering they had to hold still for longer shutter speeds than one would normally use. 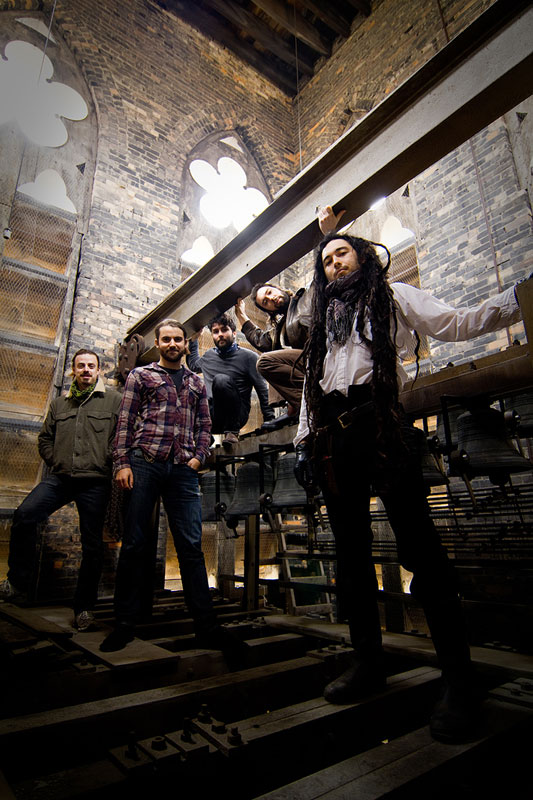 I love this shot of Kurt – had to show it off here!

We completed the climb to the roof – a great climb inside of a tight, twisting staircase. It was a really overcast day at that point so I went to monochrome.

The last room was the practice carillon – I love the distortion that my wide angle gave me here!

Before they left TMO did something really special. One of their new songs includes a choir of voices in the background. They invited 20 of their closest friends over to a recording studio and we all got to sing our hearts out for an hour. 20 folks standing in a small, colourful room, in a circle around a mic. It was beautiful and uplifting. As a bonus, Tito and I now get to say that we’ve sung on an actual recorded album ;) Off the bucket list!