July 1st is coming up fast, and all I can think about it the July Club Colour. I mean, obviously it has to be something related to Canada Day, and not just any Canada Day, but the celebration of the 150th anniversary of this awesome place I call home.

Typically, Tito and I celebrate by road tripping, but this year we’re planning to spend the day doing a trunk show at Yarns Untangled in Toronto, and the evening looking after our doggies, in case fireworks scare them. In the future, when Sam is ready, we’re hoping to go back to road tripping-with the dogs in tow.

This one is heavy. Canada means a lot to me, and to my family. My dad emigrated from India in 1972, my mom a few years later from Guyana. They met in Toronto. I was born in Toronto, and have spent my charmed existence in a place that celebrates tolerance and diversity, to the point where, on the off times that it’s happened, it takes me a few minutes to clue in when someone is being racist. I’ve been able to reach as high as I liked, without (relative to the world scale) feeling like my gender was a limitation. I have never experienced a war zone, or want, or a hate crime. Brain aneurysms run in my family and I have universal health care that allows me to get an MRI *just to check*. I have been extremely lucky.

To me, Canada is a celebration of diversity, equality and tolerance. We’re an unembellished folk, not prone (as a nation) to extremes (except in terms of weather) friendly, polite, and generally pretty easy going. I’m not going to throw rose coloured glasses on the horrible parts of Canadian history and the present day state of things (particularly where our aboriginal bothers and sisters are concerned, I know there is much progress to be made) but I cannot visit my parents countries of origin without coming home feeling immense gratitude for Canada. I love the Prime Minister. I love the landscape. I love a pastry particular to Canada called the Beaver Tail. I love Tim Hortons.

How to sum all this up in a colour way? It’s been frustrating, let me tell you.

Attempt #1 – The provincial flowers of Canada. I tried creating a gradient from all of them, it was lovely on screen, but I didn’t love it on *skein*. 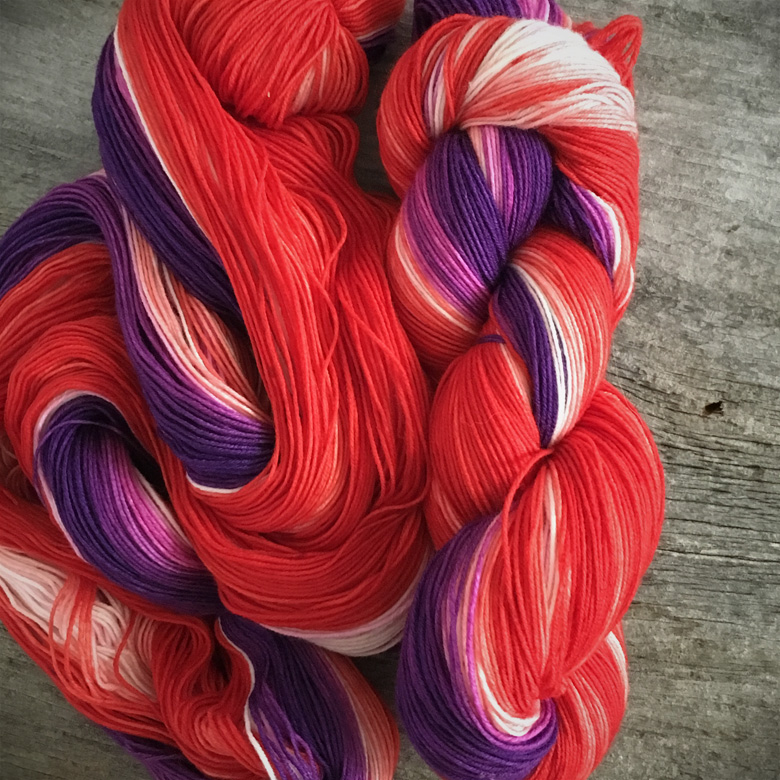 Attempt # 2 – From sea to sea, a land of diversity. This one graduates from ocean blue to white, and back to ocean blue, but with “watercolour” applications in the centre, in a broad spectrum of colour, to represent our broad spectrum of peoples. It’s lovely, but it’s very soft, and put me in mind of baby things, and didn’t seem to have the gravitas I was looking for. 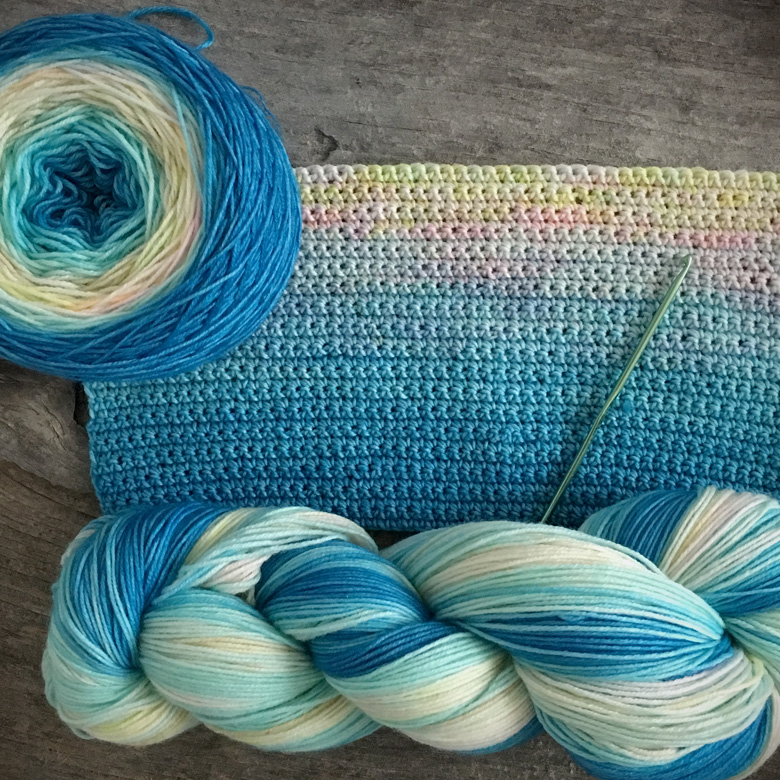 Attempt # 3 – Why didn’t I just lead with this one? It’s the Canadian Flag. It graduates from deep red, to white, and back to deep red. It’s speckled throughout with black, I was so worried that it would be a contrived, and uninspired option, but once I saw it I knew it was the one. 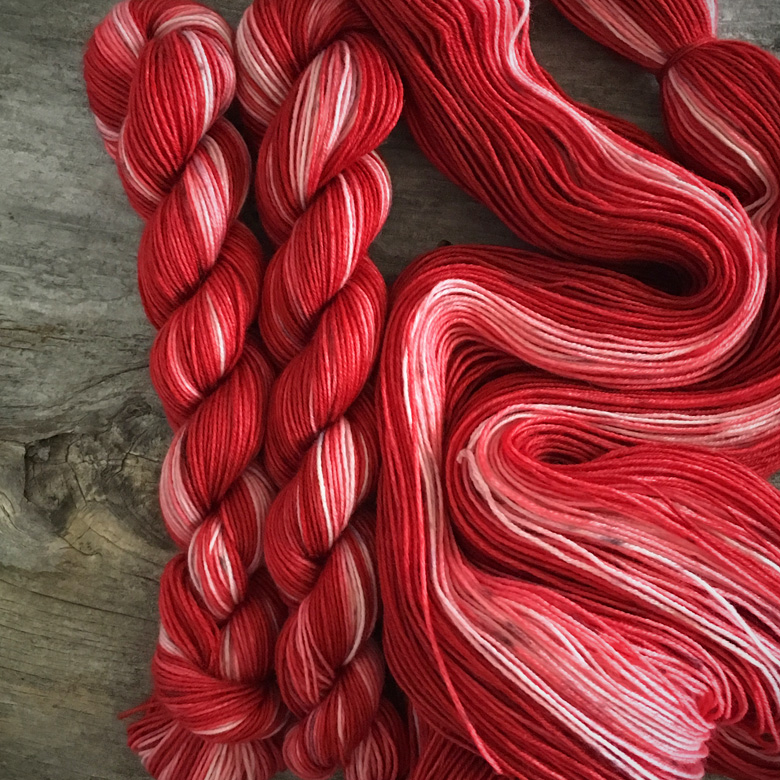 So there you have it, the July Club Colour will be “Canada 150”, and it’s the red and white that we all love and all associate with our own ideas of Canada. And that means it’s open to personal interpretation, and that’s the way it should be, because that’s who we are.

I’ll leave you with my favourite anecdote from when my father came here from India. He initially lived in Ottawa, and since in India he had been a motorcycle repair technician, he sought the same kind of work there. His first day on the job his boss takes him to the back and there, sitting on skids… is a skidoo. My dad had no cultural reference whatsoever for this beast, so he looks at his boss and says “Well… for a start…. the wheels are missing”.