It’s March 21st and a whopping 23 degrees in Toronto. I kept thinking winter might be lurking around the corner waiting to pounce on us, but no, that really was it. It’s nice out and yet it’s kind of freaky.

One sort of B-movie side effect is a thick and persistent fog that’s been coming in off the lake in the evenings and sticking around until well into the morning. I apologize for the image-heavy post, but this was just too beautiful to short-change you on the shots. Behold, my normal western view: 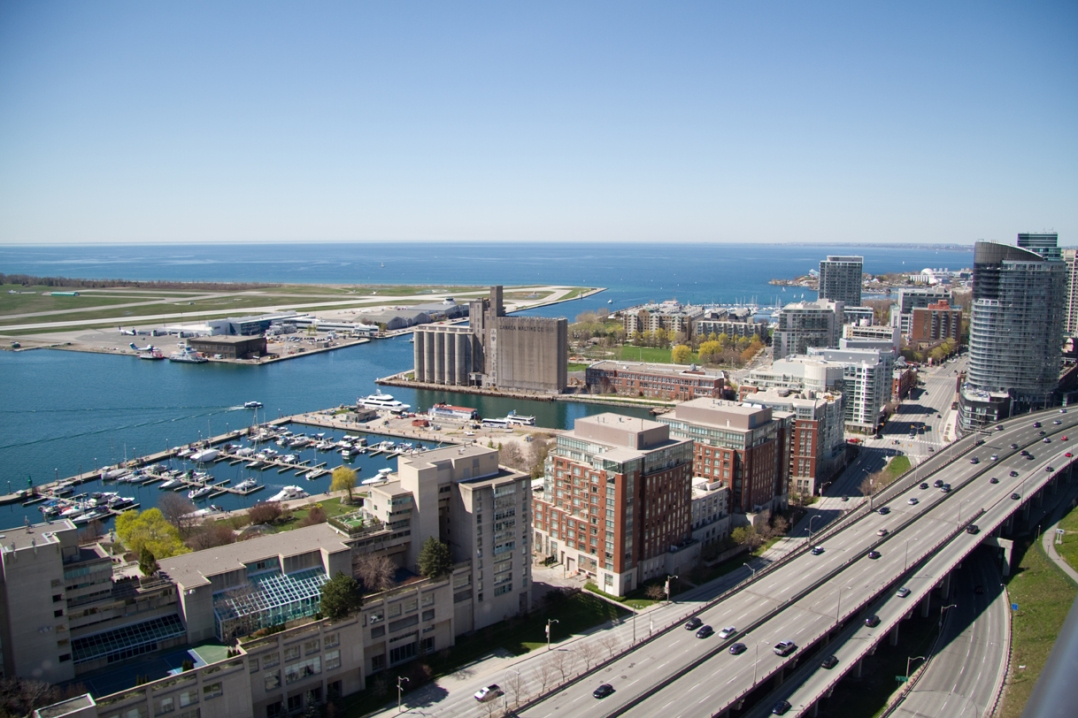 And, the view yesterday evening: 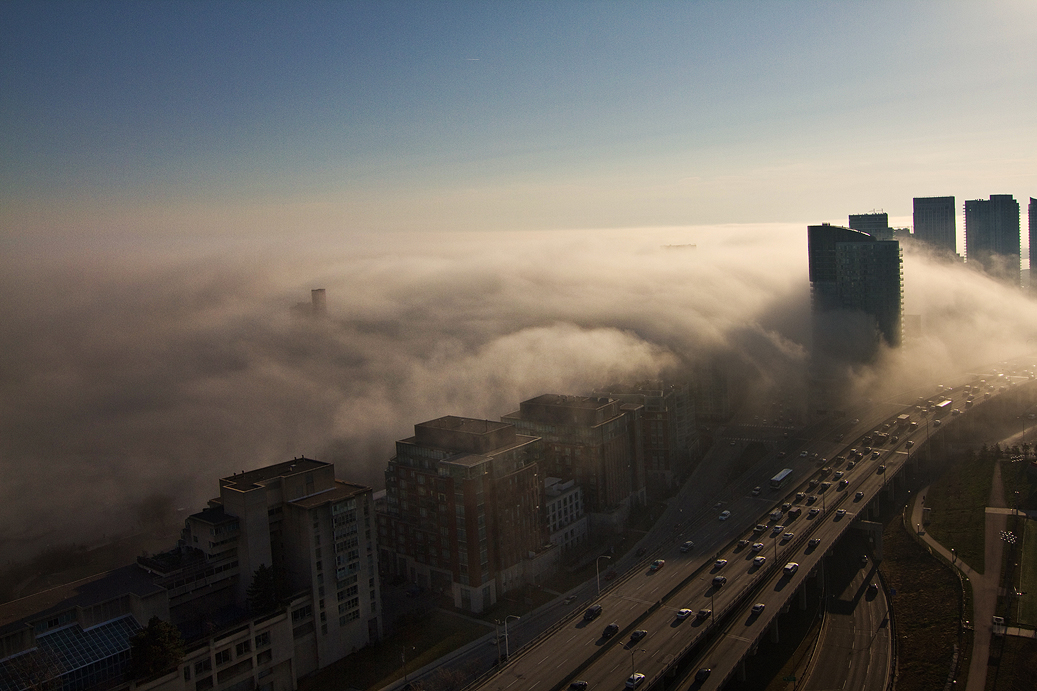 And again, at 5 am this morning – check out the sharp cutoff line on top of the fog. 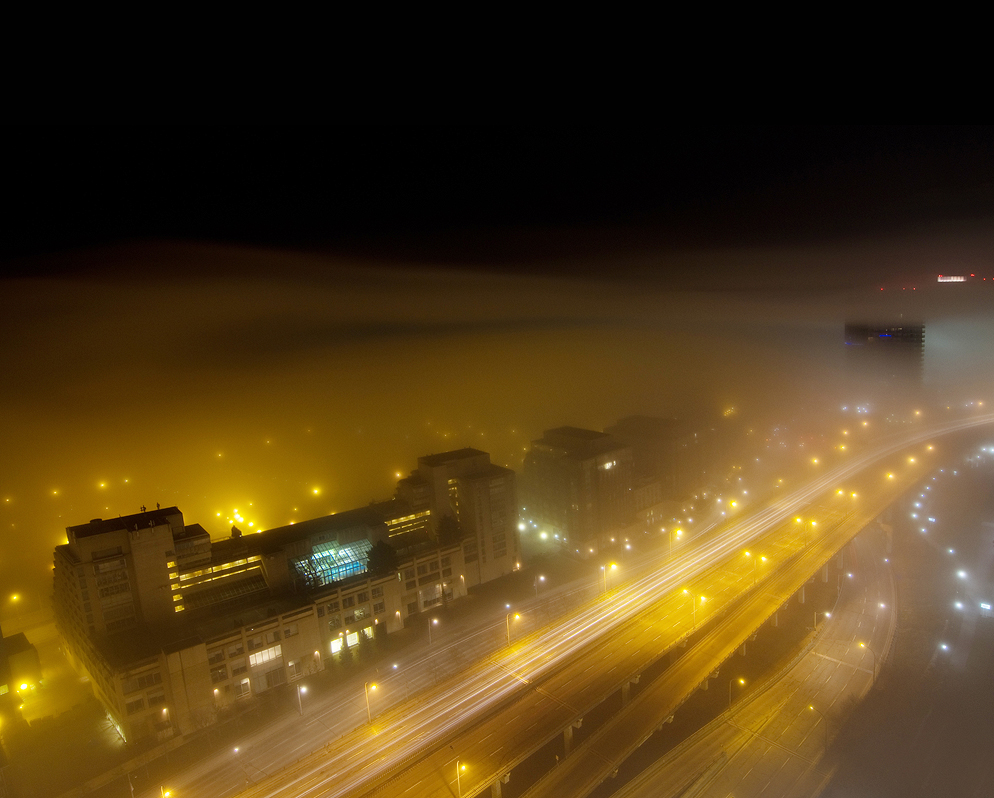 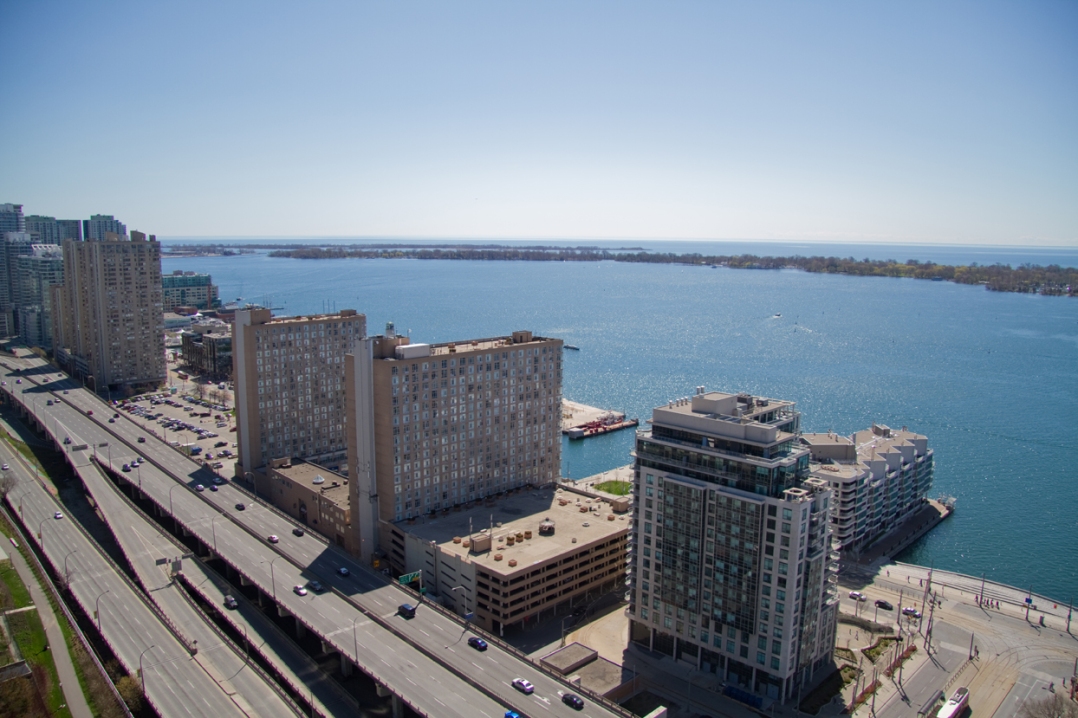 And here it was yesterday evening: 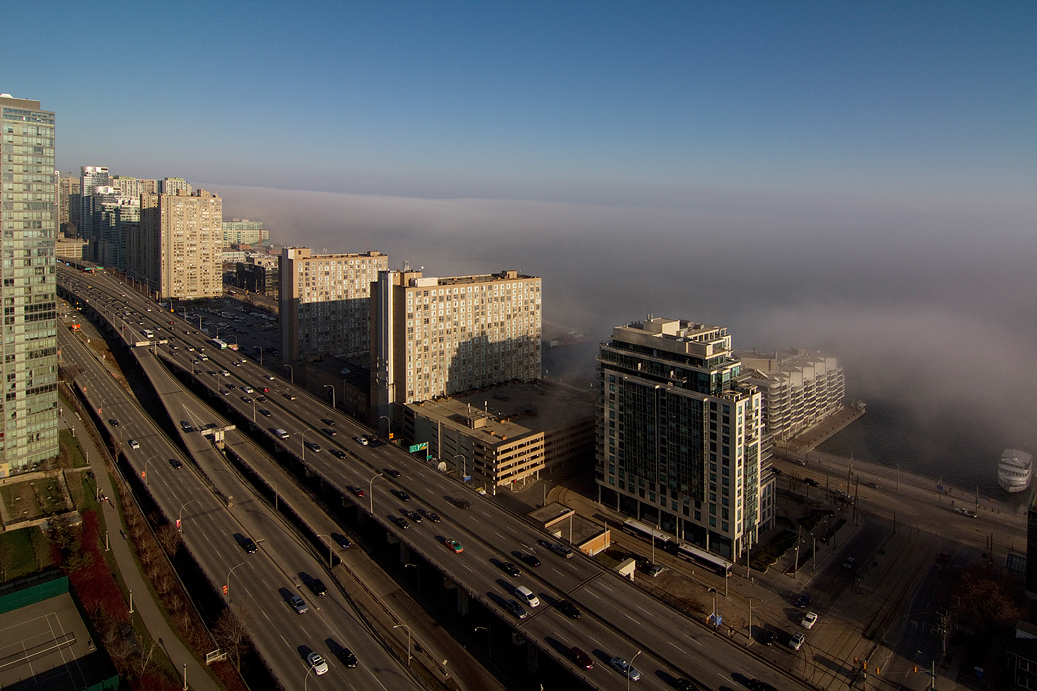 It’s like someone filled Lake Ontario with dry ice. Here it is at 5 am:

And just before dawn: 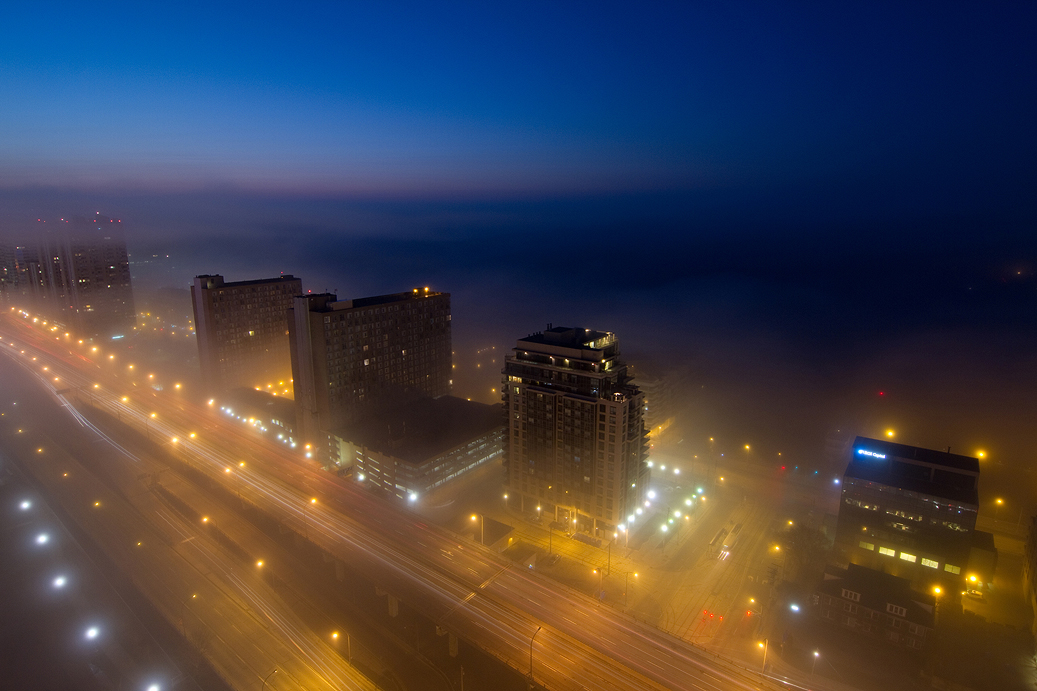 The detail shots are insane. In this one it looks like the fog looks is wrapping it’s tentacles around this unfortunate condo. 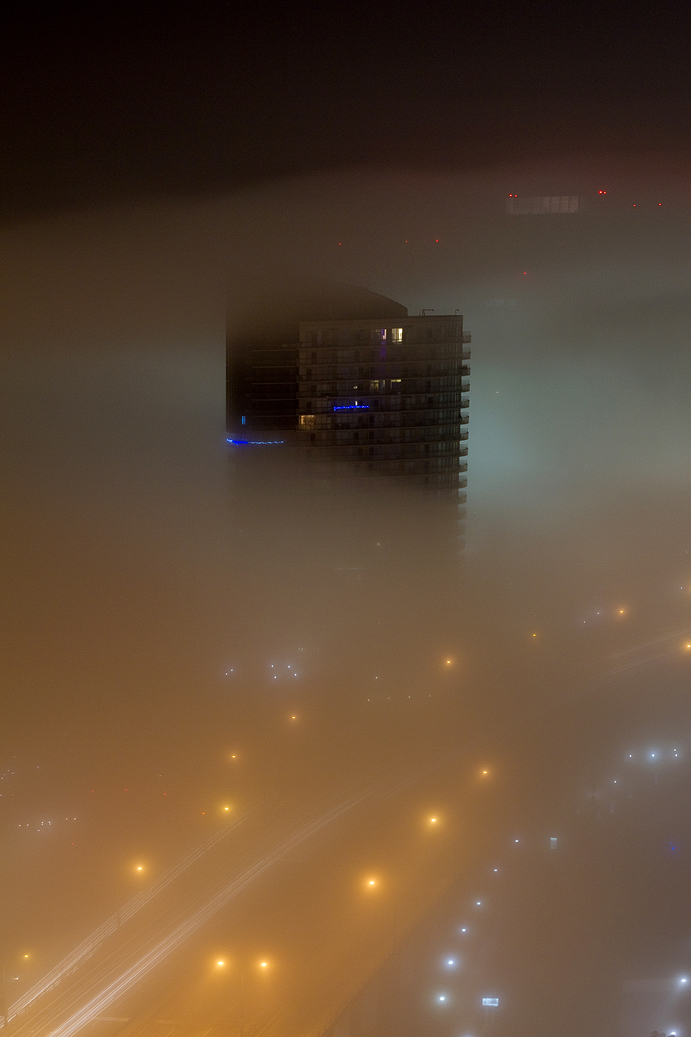 And yet a few minutes earlier, that entire building was gone: 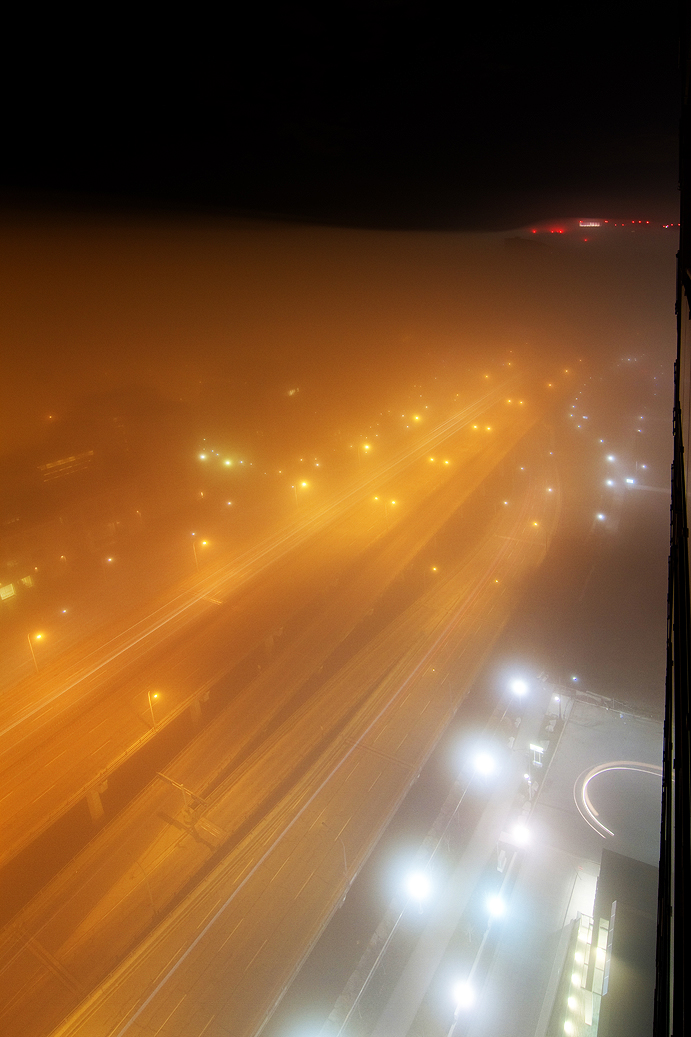 The Canada Malting Co. building faded in and out of existence: 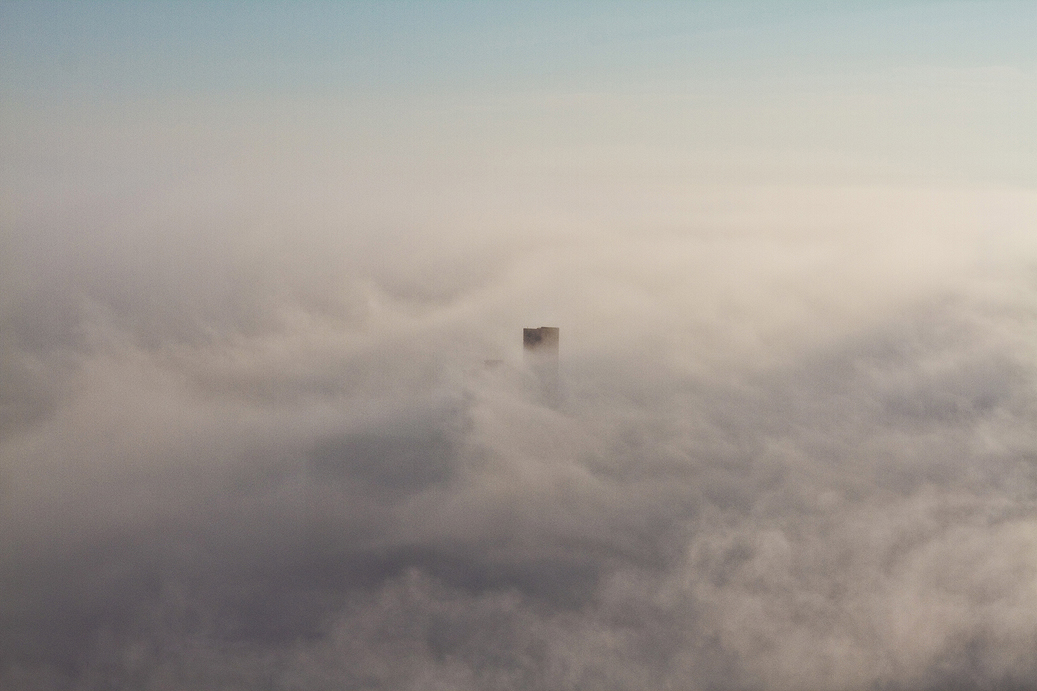 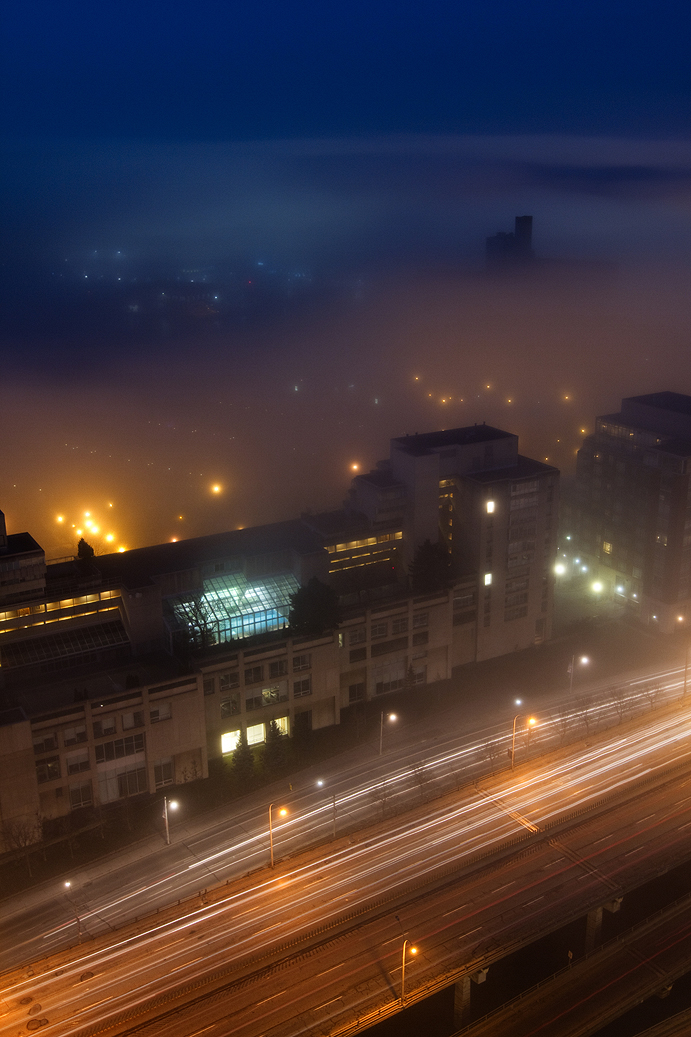 Here’s another western view of those condos. Very Blade Runner. I took this just before dawn as well. 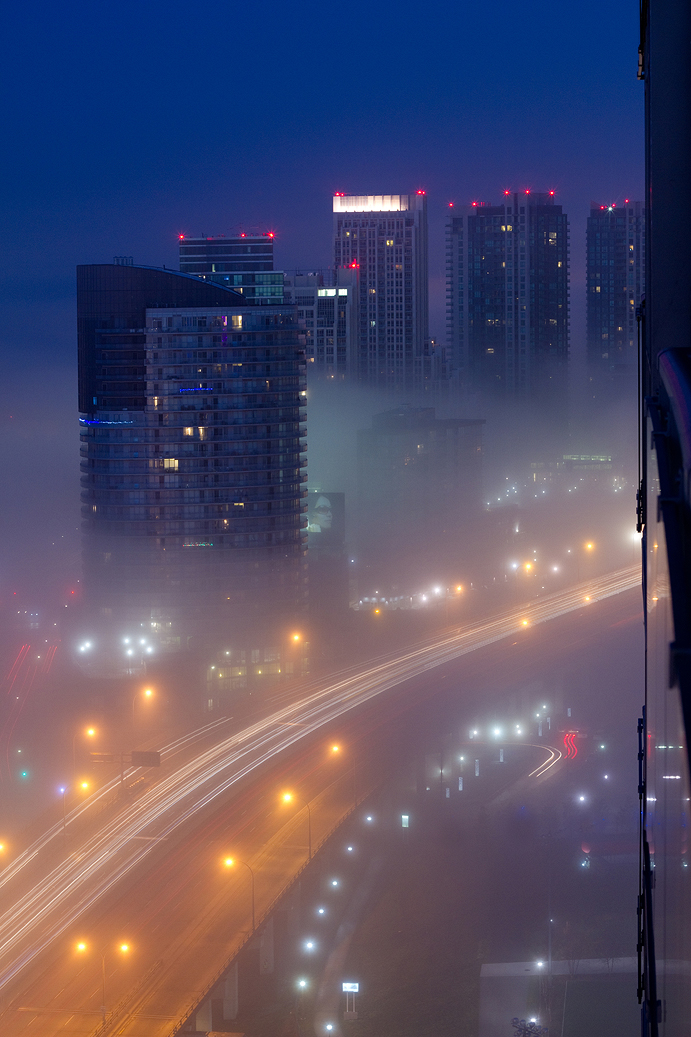 It pays to put yourself out there at weird hours. I didn’t even set an alarm, my body woke up at 5 am and said ‘get your camera!’. 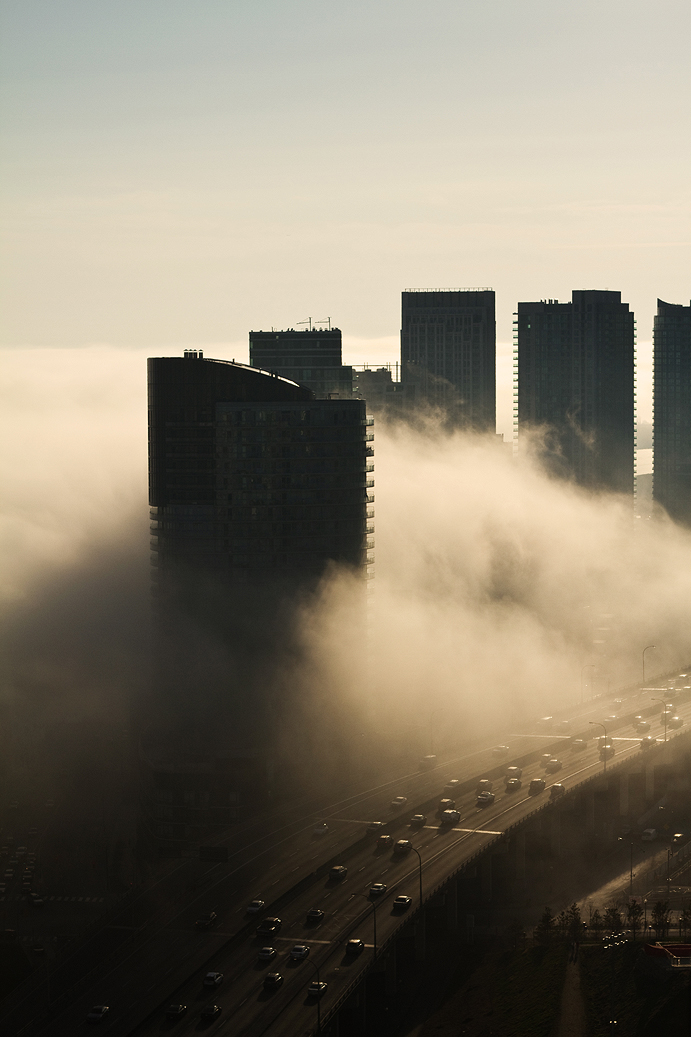 I’m pretty sure it’s a result of the dramatic temperatures, which I think are setting a record for March. Beautiful, but disconcerting. 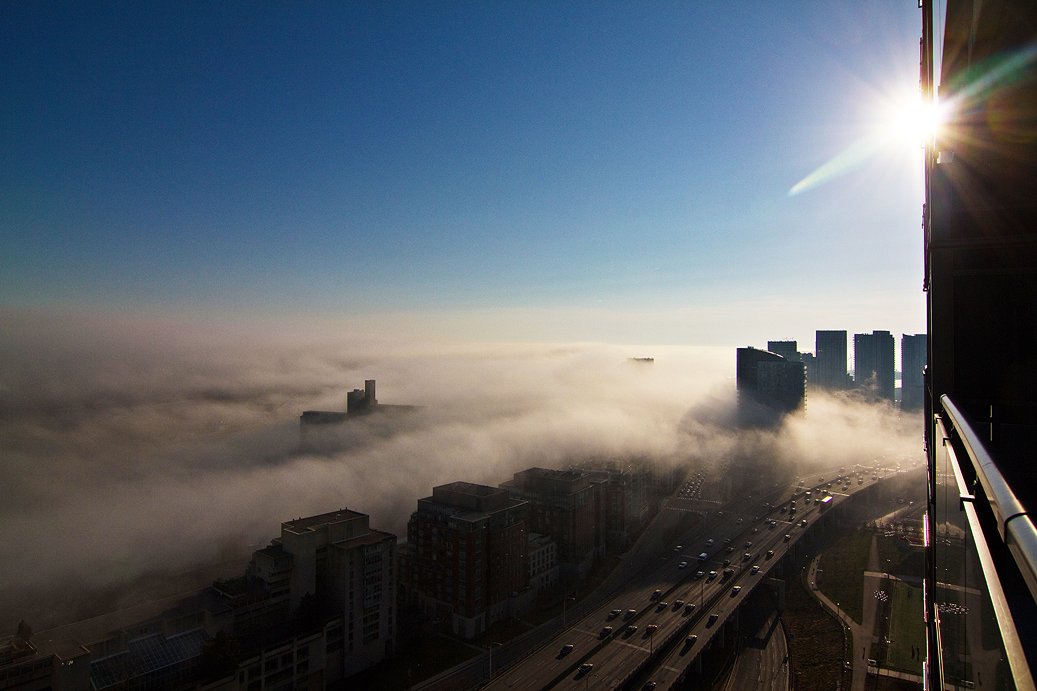