Last Monday Tito and I got back into the lampworking studio for the first time in almost a year, and woo boy, was I ever out of practice. Of the many pieces I made that night, almost half of them broke in the kiln. The advice I got was that I had let my glass cool down too much in between working periods – sounds like a rookie mistake to me!

I’m shooting this one from the front so you can’t tell that I had to glue it back together ;) This, and all the other big beads had split in half during the cooling process.

Yep. Also broken. And I was going to make a pendant from this one! 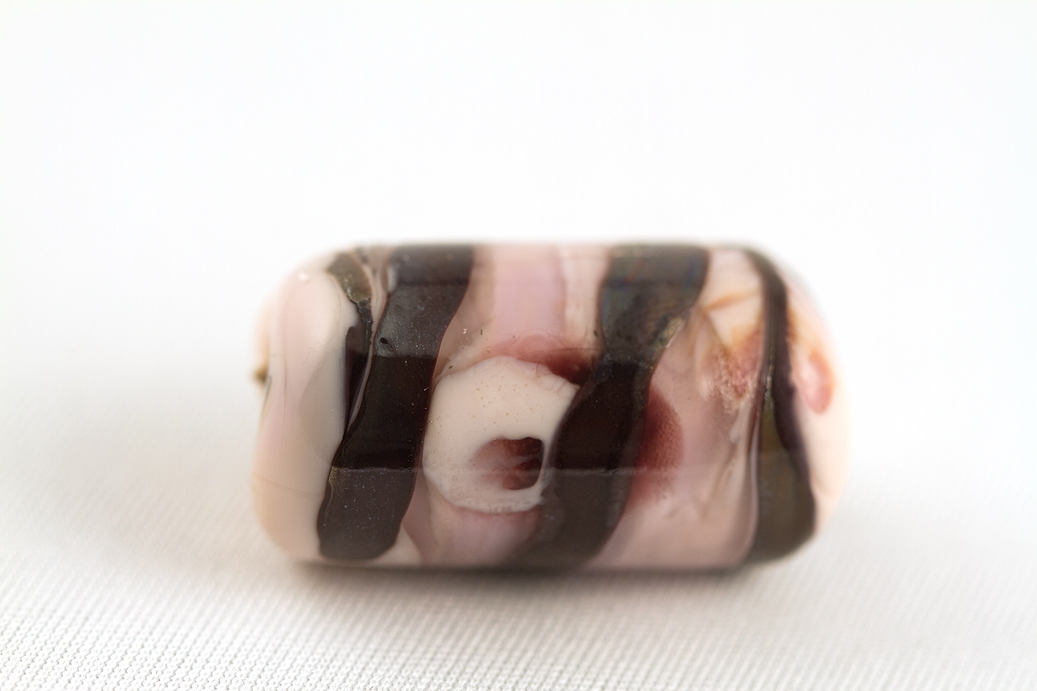 Mucho broken. What would I do without E6000?

All was not lost – I took the ones that looked reasonably similar (and were thankfully intact) and made them into a necklace :)

It’s always nice to work with beads that you made yourself. So even though I was totally peeved I feel nothing but determination to get back into the studio again!