This evening we had a calamity; my sweet cat Ollie, who I’ve had for 10 years since he was 9 weeks old, passed unexpectedly from a cancer that went undiagnosed until it was too far along. He was fostered as a baby by a girlfriend, she put his picture on Facebook and just like that, Ollie was mine. I lied to my parents about him following me home (they didn’t believe me for a second).

There is no way to put this gently; Ollie was a terrible cat. He peed on things with the discernment of an aficionado who understands that leather is better than laminate, and that purses are preferable to litter boxes. Move that litter box one inch to the left and you would be rewarded with a contemptuous pool of pee, a statement on our perceived incompetence. His favourite hobby was to lie on his back in the middle of the floor and extract a tithe of blood from anyone who tried to pass. I secretly believe that dogs are for people who love to be loved, and that cats are for those who don’t mind being silently held in contempt. Ollie embodied that theory.

I could rub my face in his belly and make him purr like a chainsaw. I could hold him like a baby and rub his face against mine. I was his mama, and we loved each other like mad. 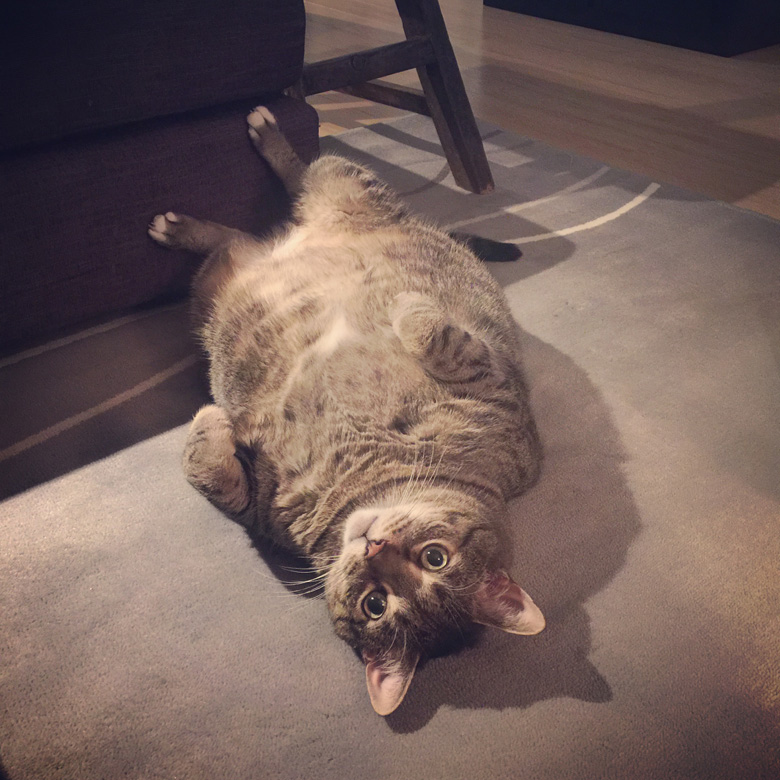 He clawed a girlfriend so hard once that he left the claw in her palm. We left a friend house-sitting for a week and returned to find him clawed to the elbow, shaking, emphatically telling us “never again”. I once overheard a vet talking about him saying “If that’s the same #($)@!* (insert invective here) cat I saw Tuesday there is no WAY I am treating him without a general anesthetic.” He got so anxious in cars that he would void in his carrier, leaving us to bathe an angry, poop covered ball of claws and teeth afterwards.

Ollie was also, as it turned out, a lemon. At 4 years old we discovered in one expensive weekend that he had a heart defect. We fought hard for him, and we watched him fight too; to breathe, to live. We emptied savings accounts, borrowed money from friends and even pled with the bank to make it happen, and it worked, Ollie came back home to reward us with his cantankerous self for 6 more years. From then on I assiduously monitored his heart, thinking it would eventually be the thing to kill him. There’s some small comfort in the vet telling us we did well; Ollie’s heart was stable to the end.

I could rock him like an infant and he came when I called. He never learned to meow, opting instead for an inquisitive “Purrrrup?” when he was with me, usually a request to jump up onto the sofa for a cuddle. Ollie was an olympic level cuddler and could go for hours, happily snoring, purring and shedding his way through dreamland while I tried not to move and wake him. 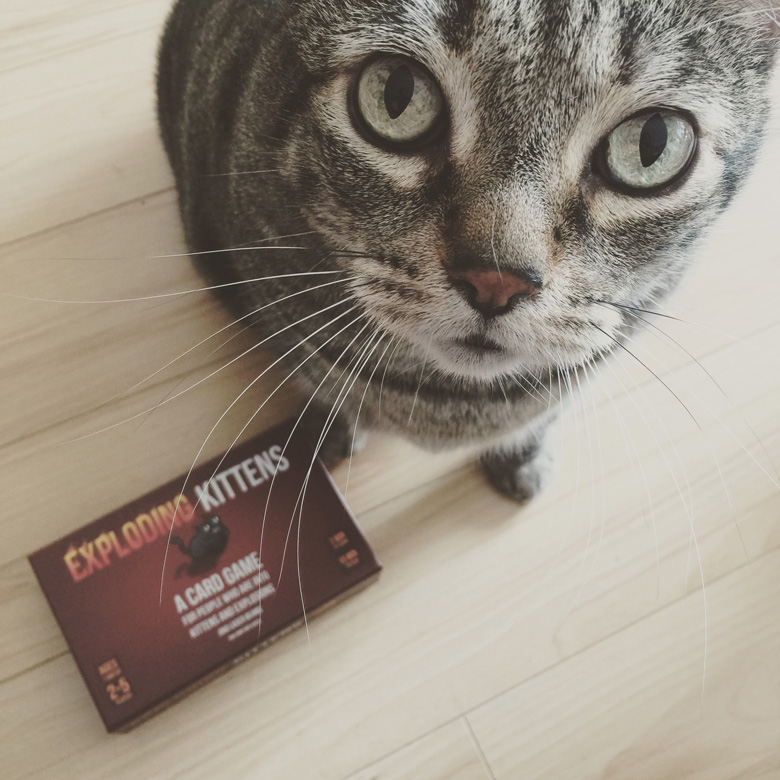 When it was time to sell the condo we moved Ollie to my parents place. It was meant to be temporary; but my folks fell in love and so did he. My parents didn’t know it, but they were born to be cat owners. They needed something that liked to be worshipped, and didn’t need to be walked. Ollie settled into being their benevolent ruler and remained with my parents until his untimely end. 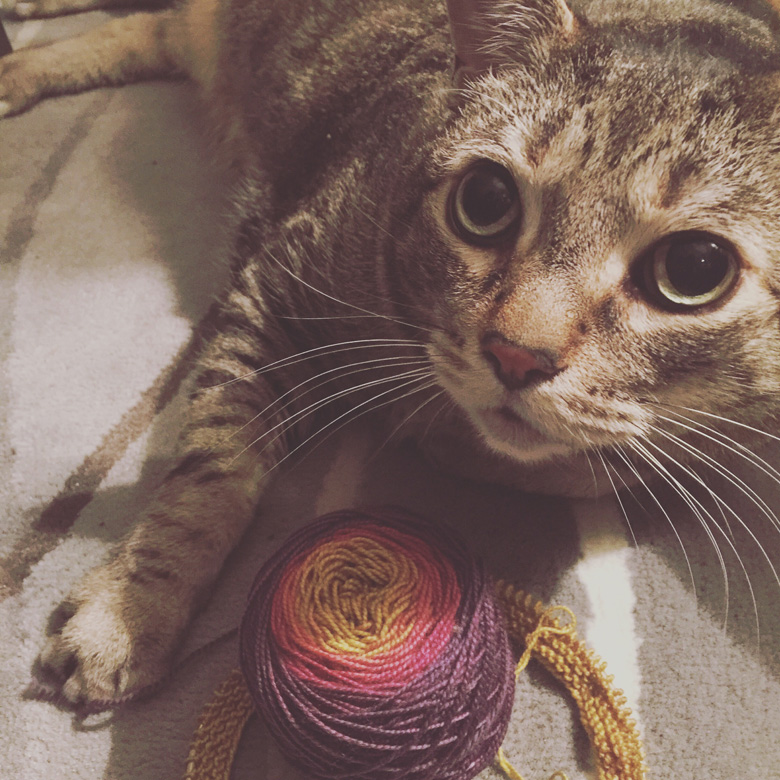 He didn’t suffer much that we can tell. Yesterday he had trouble breathing. The vet found a mass in his kidney, which we were supposed to have diagnosed today. Instead Ollie passed, peacefully, albeit unexpectedly, at home with mom and dad. He was loved and cuddled to the end.

I miss my baby. I loved him and his hilarious habit of supervising everything we did from his signature position of lying flat on his back, thus earning the nickname “Junior Foreman”. I miss his cuddles and his snoring and his motorboat purr. I miss being his mama, and holding that privileged place of being the one to cuddle and calm him, and how good that made me feel. We had a special kind of love and I will miss him always.

RIP Ollie. I hope you are somewhere with ample sunny spots, extracting the tithe of pain from those wishing to cross rainbow bridge like some kind of jumped up security guard. Regardless of whether the theory is true, I know the image would make you happy.