I’ve got two good-for-nothing, freeloading, overweight, unemployed, couch surfers who live with me, and who I love dearly. In other words, I’ve got cats. One of them (Shodan) is black and a real shedder. So when Tito and I bought our dining table chairs at IKEA it only made sense to get white seats, right? 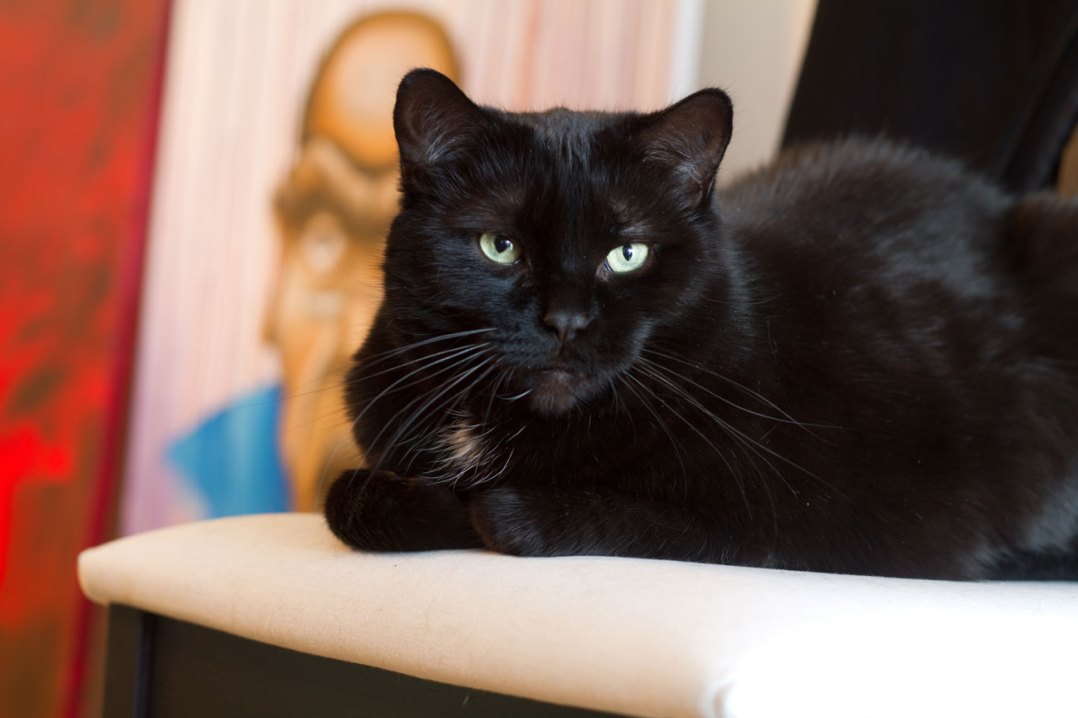 In short order, the chairs looked like something from our first apartment when furniture was something you found on the curb and brought home. I found myself going through lint removers faster than I did in my goth days when I wore nothing but black and owned a fluffy white dog. I was going to replace the chairs but then then that stubborn voice in my head screamed ‘Replace them ?!?! Are you crafty, or aren’t you!‘.

Reupholstering a chair, it turns out, is super easy. I got some fabric I liked that was sort of canvas thickness, a pair of scissors and a staple gun. I took off the seats and used them to roughly measure out a square the size of the seat. 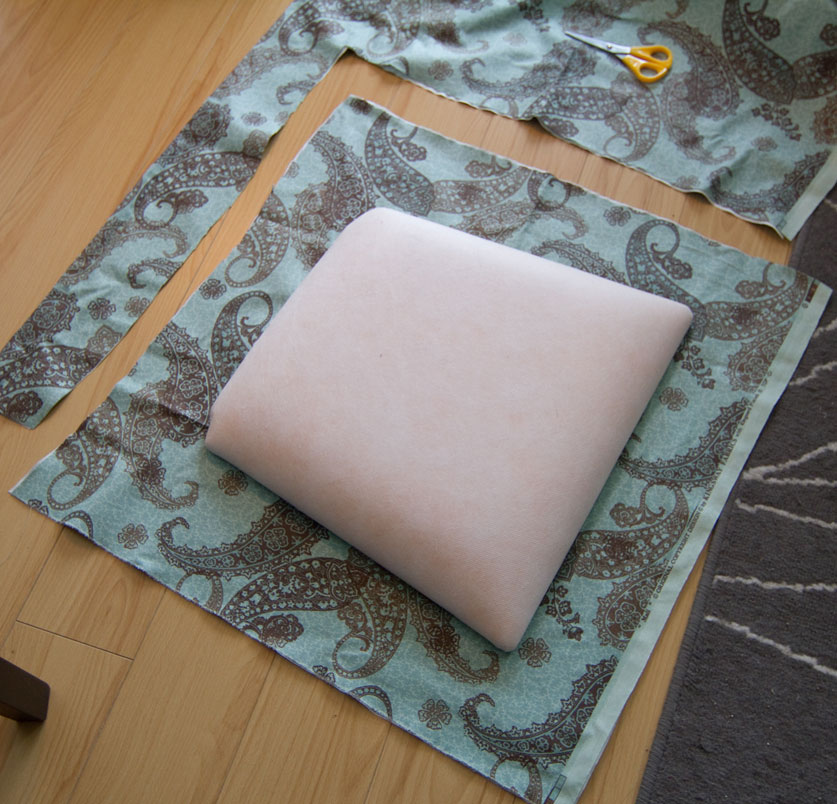 Starting on one side I secured the fabric with a few staples, folding it just at the edge to give it more strength and stapling through both layers. Then I pulled the fabric snugly over the opposite side and secured it there as well.

From there it’s a lot like gift wrapping – if you’re good at that you’re likely to be good at this too. I used the same techniques for making the edges nice and neat as I would use for wrapping a box. Any excess of fabric was folded tightly and secured with a staple – after all, it’s all on the bottom so it doesn’t need to look perfect.

And voila! While I was at it I cut out a few large squares of black fabric as well, to serve as chair covers when we’re not home. Because I know who really owns those chairs…

…and there is no way I’m keeping her off them.